Although Einstein didn’t quite have this in mind when introducing this term to mathematically describe the nature of the universe, there is a kind of conceptual ‘cosmological constant’, a recurrent and invariable model of the cosmos, that, at least in traditional West Africa, all hinges on the calabash.

(Two halves of a gourd create one universe.)

If a culture’s cosmology ― from the ancient Greek words κόσμος, cosmos (‘order’, world) and  λόγος, logos (‘word’, ‘discours’, ‘reason’) ― is the way in which its people contemplate the creation, structure, and dynamics of the universe that they inhabit, then the iconographic ‘cosmic gourd’ ― descriptive, intuitive, and explanatory ― was ancient West Africa’s theoretical and cultural conjecture as to its essence.

In Yoruba cosmology, this conceptualized calabash is split into two symmetrical but opposing halves, base and lid; one containing the visible, the human, the earthly, the other the invisible, the ethereal, the eternal.

“The top half signifies maleness (ako) as well as the sky/heaven (isálòrun)—the realm of invisible spirits. The bottom half represents femaleness (abo) and the primeval waters out of which the physical world (ayé) was later created. A mysterious power called àse is thought to hold the gourd in space, enabling the sun and moon to shine, wind to blow, fire to burn, rain to fall, rivers to flow and both living and nonliving things to exist.”

The calabash as a fixed, cosmologically constant model of the universe spills over to the Fon’s ancestral description of the cosmos as well; eternal, halved, and brimming with the male-sky (Lisa) above and the female-Earth (Mawu) below. The Hausa imagine that the joining of each half marks the horizon, the harmonious meeting of celestial and terrestrial spheres. Multiply the upper spheres, setting smaller gourds within larger ones ‘à la Matryoshka stacking dolls’, and the Fulani vision of a layered sky filled with stars is complete.​3,4​

That the spherical calabash was used as a primordial template ― traced in charcoal at the beginning of time by the Batammaliba god, Kuiye, to give Earth its circular contour ― attests to its cosmogonic importance. And, according to one creation story, “Kuiye then took a calabash seed saying, ‘I would like to have humans’ and this vine produced”. Humans multiplied. Befittingly, the Batammaliba word for calabash, fayafa, is also the word for multiplication.​5​

Evolutionary anthropologists have confirmed that the calabash, Lagenaria siceraria, has been cultivated in West Africa for at least four thousand years​6​, more than enough time for it to carve out its place as the cultural object par excellence. Waterproof and lightweight, its hardened and hollowed-out shell is used to create everything from rattles to receptacles to ritual regalia.

The calabash appears in all places, at all times: set on the ground to mark a communal meeting point, swirled by a Tuareg diviner’s hands​7​, balanced on a water-bearer’s head, decorated and displayed as a Fulani bride’s finery​3​, brimmed over with a healer’s traditional remedies or a brewer’s fermented millet, or sounded as the traditional Ewe funerary “drum of the dead”.​8​

The calabash is revered, rarely discarded, and is patched, then re-patched, through the passing of time. Whole, forthright, and reliable, it is the Kabawa fisherman’s buoy, the Mandé musician’s resonator, the subject of storytellers​*​ and the substance of song​†​​‡​.  Once shattered, no longer ‘trustworthy’, its fragments are strung together as the Bambara’s traditionally symbolic “liar’s necklace”.​9​ Broken, it is the Batammaliba’s visual metaphor for the loss of children.​5​

A Calabash by Any Other Name …

Igba in Yoruba, ugba in Igbo, wamdé in Mooré, or flè in Bambara, the words for the calabash are as diverse as the cultures that name it and as assorted as the role it is given. The Fulani manage to evoke the calabash in 23 different ways​4​ and the Hausa have nearly as many calabash-inspired idioms, metaphors and proverbs:​3,10​

(One will distinguish between the bitter gourd and the sweet, the true and the false.)

(Every gourd has its lid, its matching half.)

The calabash is a West African ‘constant’ — proverbially, philosophically, pragmatically, percussively — brimming over with celestial and terrestrial meaning, movement, and sound. 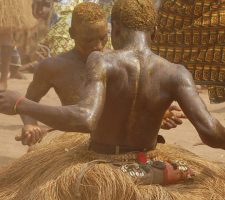 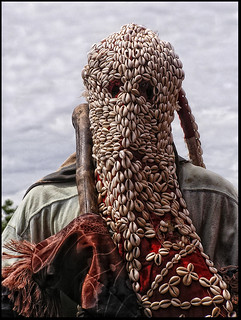 CulturesOfWestAfrica @CulturesWAfrica
7 days ago
La Fenêtre / Window to the World ... 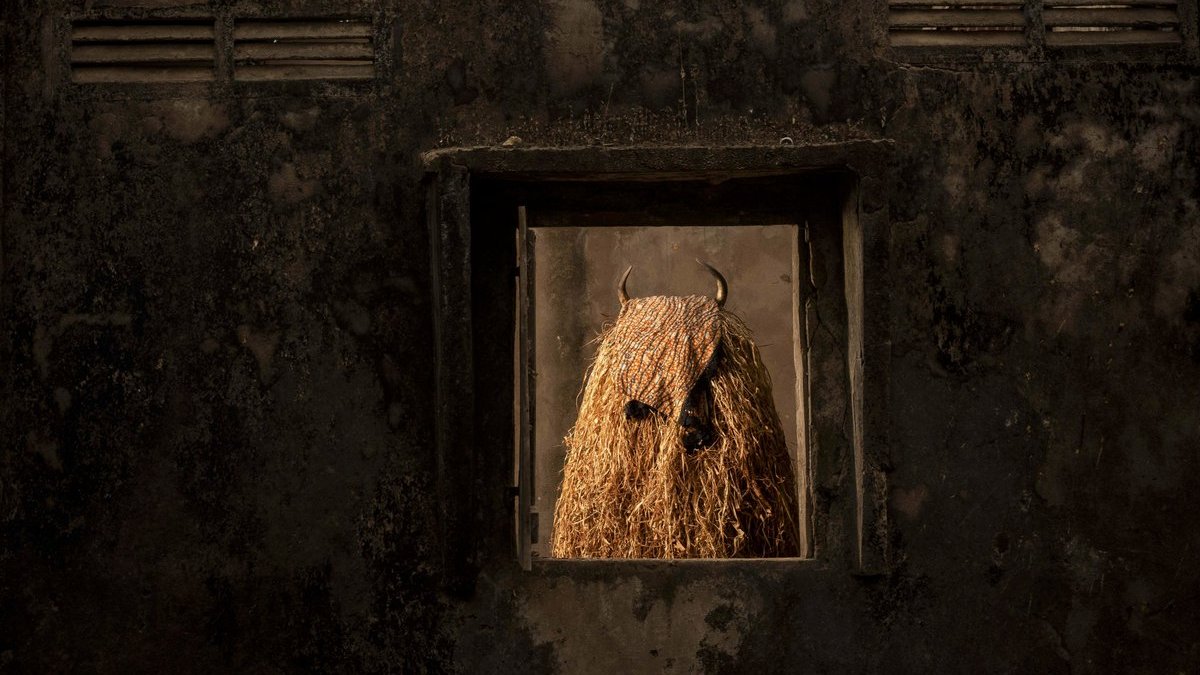 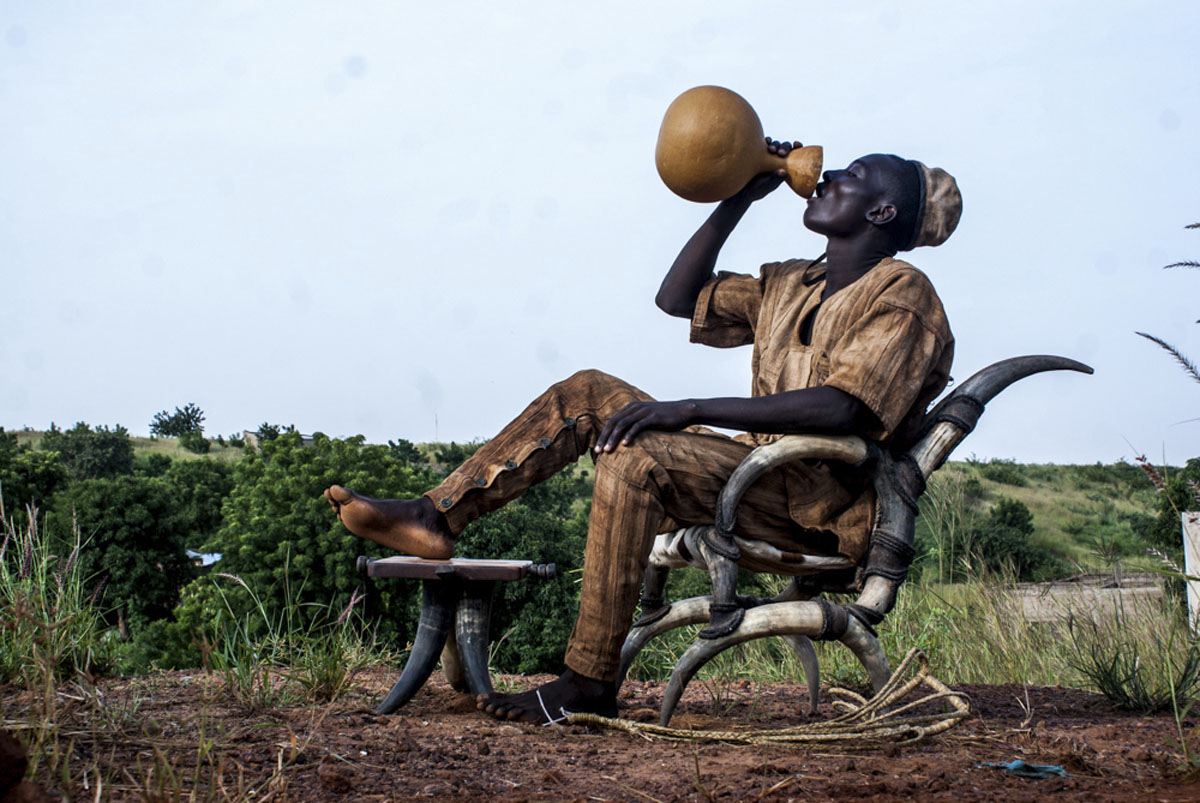 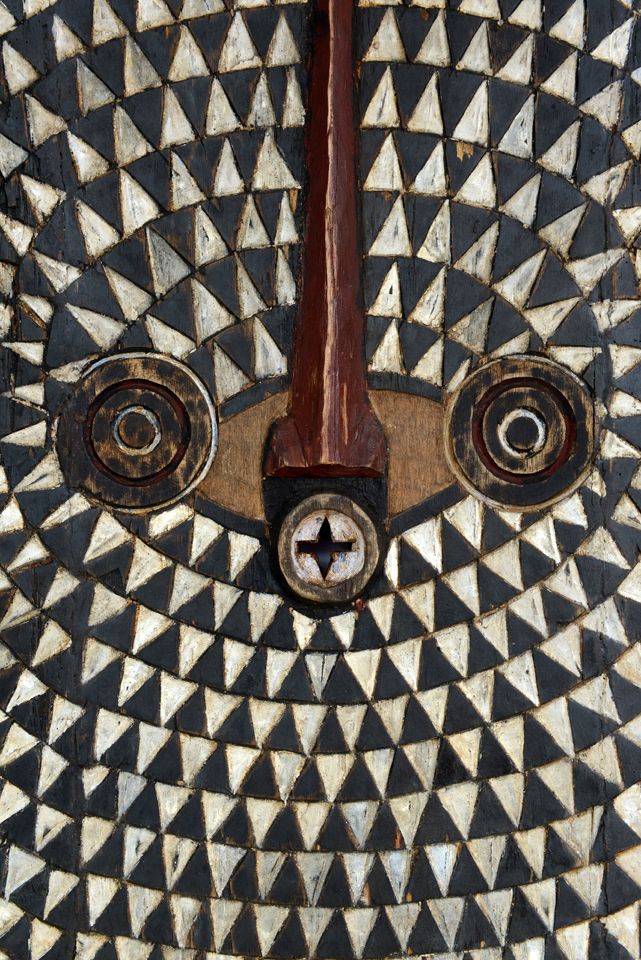